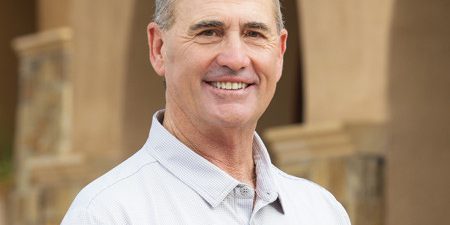 Yes, no surprise, Bob Swift, founder of TCI Wealth Advisors and the TCI Foundation was recognized for his history of helping those who would not typically sit down with a financial planner and specifically the work of the TCI Foundation focusing on our signature program, the 3rd Decade, which targets young adults. Our hope is that this award will bring recognition to our programs and attention from other large firms who are interested in duplicating our programs in their communities. Below is the article which appears in the August edition of Financial Planning:

To get a sense of the financial risks that students and young graduates face when entering the workforce these days, consider that student debt ballooned to $1.35 trillion this year and shows no sign of abating, according to the Federal Reserve. Also, most Americans graduate from high school and college without financial literacy training.

“It’s alarming because it shows these are young adults starting out their lives with a very substantial financial burden and often not equipped to make sophisticated decisions about their financial lives,” says Jon Dauphiné, executive director of the Foundation for Financial Planning. “Often they have not had access to expert advice and are at particular risk. Increased financial literacy and also the assistance of an expert in pro bono planning can be invaluable.”

For our sixth annual Pro Bono Awards, Financial Planning, in conjunction with the foundation, is honoring two planners for their intensive efforts over the course of decades to train thousands of students and recent graduates in how to avoid predatory lending, while building other financial life skills.

A key component of the awards is the time the planners have spent providing free one-on-one planning. The nonprofits for which the recipients work will receive $5,000 in grants from the foundation, which has given $5.8 million to community-based organizations to support pro bono planning since it was founded in 1995.

Planner Robert Swift and his wife have pledged more than $2 million to create $3,000 Roth IRAs for the adviser’s students.

His nonprofit, TCI Foundation, puts dozens of young people through a two-year program that provides a mix of education and personal planning interventions. “If I can get them for two years right in the beginning [of their lives], we think we can really change some trajectories.”

Starting this year, each student who passes a test of those skills will receive $3,000 in a Roth IRA, Swift says. He and his wife will make the gifts themselves for the first five years of the program, which began this year.

Co-Pro Bono Award honoree Joe Downs, founder of Reality Financial Planning, an RIA in Sarasota, Fla., serves as a longtime volunteer with the Financial Planning Association’s Tampa chapter. In that capacity, he works with hundreds of low-income high school students every year in a joint program with Junior Achievement Sarasota/Manatee.

“I cringe to think where they would be without Downs’ instruction,” says Dimitrije Zdravkovich, who first invited Downs into his economics class at Riverview High School in Sarasota nearly a decade ago.

“So many of [the students] are already making adult decisions,” Zdravkovich says. By the time they finish the class, he adds, “the feedback I get from them is, ‘We know more than our parents.’ ”

After the success of the Riverview program, Downs helped recruit other planner volunteers to expand the Junior Achievement program to six middle schools in the area, where it reaches 1,600 students a year, says Christine Brown, head of the FPA’s Tampa chapter. Across all the schools involved, the programs now serve about 4,200 students annually, Downs says.

At Riverview, Downs assembles students into working groups so they can explore economic concepts together, according to Zdravkovich. Downs speaks their language, using terms such as CYA — for “cover your assets” — to explain why they need to pay themselves first when they begin earning, Zdravkovich adds. “He’s really big on utilizing phrases that the kids can really understand and they are enthusiastic about. He’s very charismatic. The kids say, ‘He’s real.’ ”

Downs uses real-life scenarios to drive his points home. For example, he tells students how he once helped a newly graduated veterinarian to figure out how to pay off $200,000 in student loans in 15 years. The story shows how important it is for students to borrow only the amount of money that a future career can reasonably be expected to pay back.

“What we are trying to do is to bring those lessons to the kids as early as we can,” says Downs, who says he is always looking for more planner volunteers to expand the educational program.

During his years at Riverview, Downs has taught 2,400 students. He has stayed in touch for years with some by means of social media to help them make decisions about college loans and other issues.

In one case, Downs helped an NFL draft prospect understand why he needed to finish his college degree, rather than count on realizing his professional athletic dreams.

In another, he worked with a local credit union to open a bank account for a young student whose mother took out credit cards in his name and destroyed his credit.

Downs does the best he can with the time he’s given: one hour a week for six weeks, each and every semester.

After watching the effects of those six hours for more than a decade, Zdravkovich says he thinks Downs’ model should be replicated for students nationwide.

“While I loved working with mostly wealthy people, I am not a really wealthy guy,” says Swift, who has offered pro bono advising for clients since starting his firm in 1990. “My dad was a minister. I just couldn’t say no if anybody wanted help. I would just sit down with them.”

Karen Heller, 55, a bookkeeper at a doctor’s office in Tucson, says she and her husband, 64, a legal assistant, have received free planning services from Swift for more than a decade. The couple are on track to retire in seven years, she says.

Without Swift, she says, she probably would have panicked and sold out of her investments during the financial crisis. “He’s always been a source of comfort,” she says.

Swift and his wife have committed to funding Roth IRAs for the foundation’s participants for the first five years, for a total contribution that is expected to be more than $2 million.

Eventually, Swift says, he will begin asking wealthy donors, including his clients at TCI Wealth, to make those gifts. “I will have no problem finding donors,” he says. “Many of them would absolutely contribute $3,000 a year, knowing that is going to a person who has gone through a two-year personal finance program with me.”

He notes that it’s easy to keep ethical lines straight between his non- and for-profit activities, given that the beneficiaries of his pro bono work aren’t in the income range to qualify as clients.

“They’re not our target,” Swift says.

‘THIS IS A DUTY WE HAVE’

On the rare occasion when a pro bono client — who might have compensated Swift for years by buying him an occasional meal — builds enough wealth that he or she wants to become a paying client, Swift takes that as evidence of success for all involved.

At its core, Swift’s pro bono work is not all that different from the work he does for his paying clients, he says; both are focused on providing financial education.

Ultimately, Swift aspires to see other firms replicate his foundation’s model around the country.

“My goal is to convince other serious, fiduciary, fee-only RIAs that this is a duty we have,” he says.