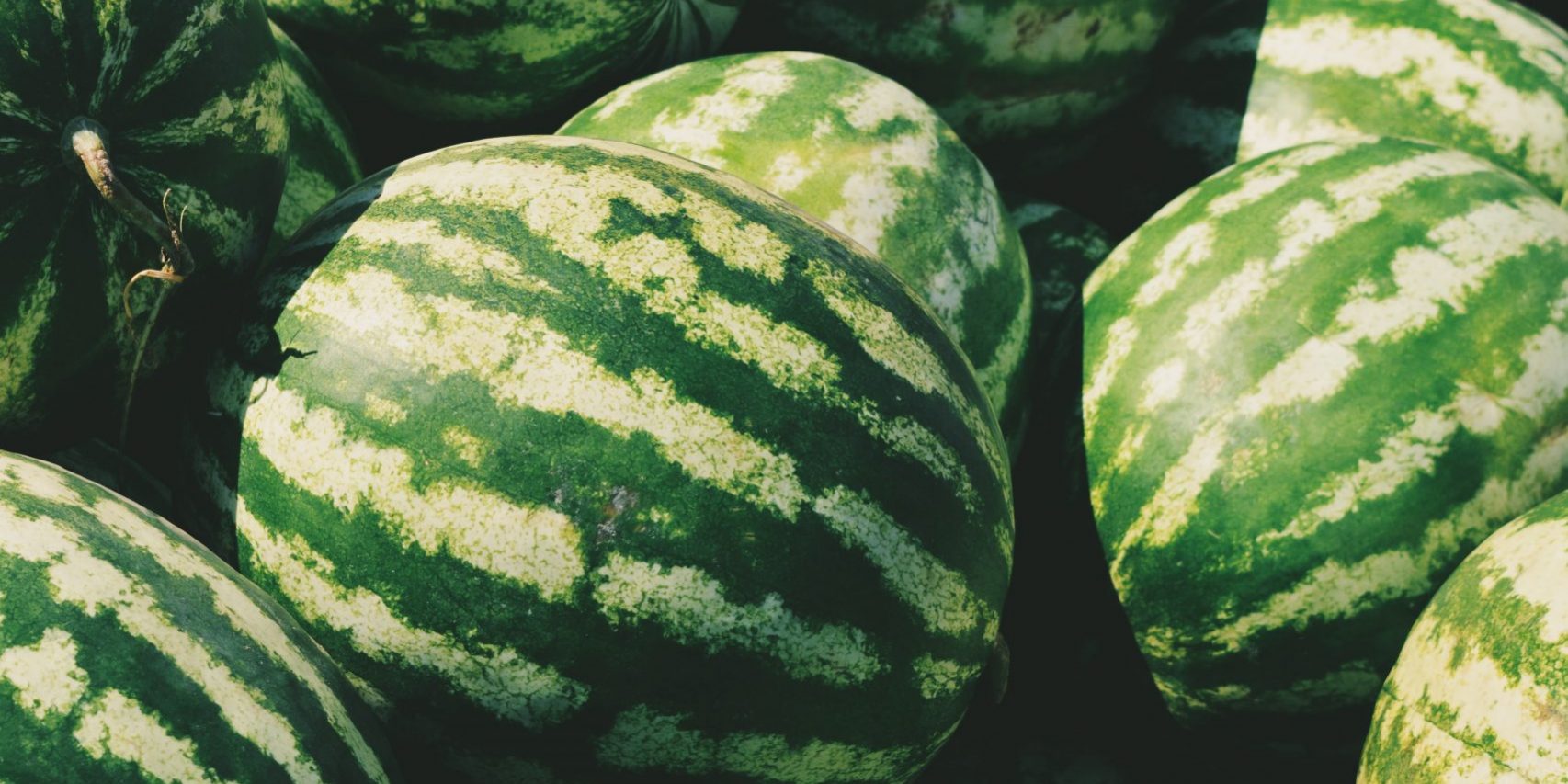 This is what I told my husband when he called on his way home at the end of the day one Friday. And then I started recounting them…

I was walking back to my car from Johnny Gibson’s Downtown Market where I’d stopped to pick up a couple of items on my way home when a guy rolling a cart filled with watermelons asked if I’d like a free watermelon – “sure,” I said! Then he said “follow me”. That gave me pause – how far should I follow him for a free watermelon? But he quickly dipped into the Chicago Store, the iconic music store in downtown Tucson since 1919, and I followed. There they were, watermelons lining the walls – huge watermelons, end to end, for the length of the store. A bonanza of watermelons! He said “help yourself”.

Already juggling a purse, my grocery items and high-heels, I struggled to pick up one of these beauties. I got it under my arm, wondering if the guy at the front of the store would open the door for me…nope. I made it out and sort of staggered back to my car two blocks away. I sat the watermelon down on the top of the newsstand next to my car while I opened the passenger door to put it in and, of course, you can see this coming, it fell and partially split open.

By this point I was invested in this bad boy and was not leaving it on the sidewalk. I engineered my Johnny Gibson’s plastic grocery bag to hold the ruptured melon well enough to minimize juice leakage in my car. I got it home and lugged it into the house where, guess what? It was too big to fit in the frig! Really?!

And this has what to do with personal finance? It’s easy to make poor financial decisions! I see it too often and, of course, I’ve made many myself.

Watch out for free things! Something that’s free may lead you to something that’s costly (think of the annual fee on a credit card being waived for the first year). Free meals can accompany pitches for expensive financial products. Free advice might be worth just that – nothing.

And, I’ve noticed poor decisions often come in a series. One poor choice puts you in a position where you are then faced with only poor options. Not having an adequate emergency account can mean running up your credit card, having to ask friends or family to lend you money or, worse yet, lead you to a pay-day lender.

We often become invested in our poor decisions – I wasn’t going to abandon my watermelon on the sidewalk. This is call “loss aversion” in finance, the fact that we feel losses more acutely than similar gains. For example, you buy a stock only to watch the price drop but you’re unwilling to sell it. We often ask “would you buy that stock today if you had the opportunity”? If the answer is “no”, then sell it!

Lastly, we often focus on the current problem – the watermelon won’t fit in the frig – instead of looking back to evaluate whether I needed a free watermelon in the first place. Although we can’t spend time “crying over spilt milk”, we do need to stop, accept responsibility, and reflect on and learn from past mistakes to avoid repeating them.

What You Need To Understand About Credit
March 2, 2022