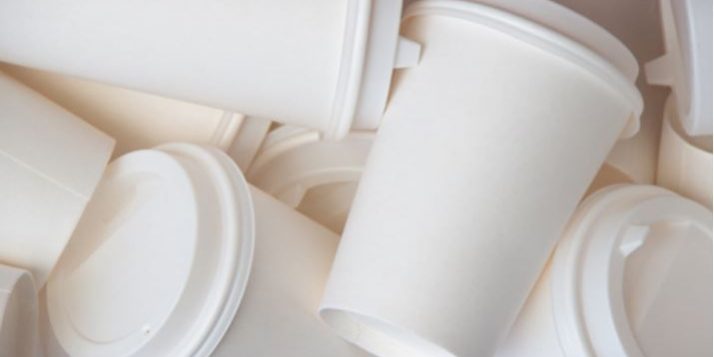 Phrases that are all too common:
“I just can’t seem to get ahead.”
“I’m tired of living paycheck-to-paycheck.”
“It always feels like one step forward and two steps back.”

These are all associated with the cyclical consequences of routine. Despite telling ourselves that we are going to commit to… you name it —saving more, spending less, working out, etc. — it’s way too easy to not accomplish what we set out to do.

A big factor to success in any endeavor is discipline. Creating a new habit or breaking an old one is difficult to do, and it starts with being disciplined at the get-go and the follow-through. Psychologists also suggest that it takes anywhere from 30 to 90 days to fully establish a new habit, whether that is no longer doing something (breaking the habit) or starting something new (creating the habit).

There are countless resources that will help you address the discipline and the habit, and you should check those out. But what if we just stop doing what we normally do, and do something different instead?

Years ago, I read a story that a young psychology professor had shared about how one small change in routine completely changed her life for the better. She was a promising young assistant professor on tenure track and very ambitious with regard to her research. Professionally she was knocking it out of the park. But her personal life was stagnant. Few friends, no love interests, and a surprisingly sparse social calendar — not by choice.

Her priority was to attain tenure, however, so she put her head down and worked. Each week followed the same routine: Gym Monday, Wednesday, and Saturday; grocery store and dry cleaners on Thursday, and bookstore on Sunday. Research, publish, teach… rinse and repeat.

Young, successful, but not satisfied — she did not know why.

On Thursday morning the young professor’s dean gave her the news that she had been working so hard for. She was going to receive tenure! A dream come true, a distinguished career rewarded, hard work paid off. But still something was missing.

There was a standing department meeting every Friday morning that was not mandatory, but tenure-track faculty were generally expected to be there if they were serious about career advancement. On her way to the dry cleaner that Thursday afternoon, this young professor felt good, but not as happy as she had thought she’d be. Realizing that she did not have to attend the next day’s department meeting for the first time in a long time (she had earned her tenure), she decided that the dry cleaning could wait. And rather than go home to work for a few more hours, she decided that she had the ability now to relax a little, so she went to the bookstore instead — something normally reserved for Sundays.

Five minutes into searching for her favorite authors, she bumped into someone in the book aisle going the other direction. Five days later she went on her first date in years. Five years later she married that person and started a family. Turns out the person she married had been searching the same aisle for the same authors all along. On Thursday — but never on Sunday.

This is a beautiful story (true, by the way), but it is far more than that. Most people will attribute money and finances to a significant portion of the stress they hold in life. We tell ourselves that we are going to save more, stick to our budget, not use the credit cards; but like a New Year’s resolution we’re back to old habits in two weeks, often without realizing it.

The best way to change course is to break the cycle. Stop doing what you normally do and do something different instead.

We were working with a client — we’ll call him Steve — who was on a pretty aggressive, long-term savings plan. The biggest challenge was small daily spending habits: Starbucks every morning, pick up lunch on the way to work, grab dinner on the way home. Despite being committed to the plan, Steve just couldn’t seem to break these habits.

We’ve all been there.

I thought about the young professor’s story and mapped out Steve’s route to and from work. Then I drew an alternative route and asked that he take the new route for the next two weeks. Daily spending went way down. The new route did not pass by a Starbucks, so the employee made coffee at the office. The favorite sandwich spot was no longer on the way work, so he made his lunch at home to bring in.  Same was true for dinner. No “great” options. The client still picked up dinner once or twice a week, just not every day.

Let’s add this up…

There’s the savings target and then some. After a few months, when we reviewed Steve’s cash flow and found this additional savings capacity, he told us that the targeted savings started showing up with the new route to work. There were still a few stops for lunch and family dinner, but the daily motivation to stop and pick up food just wasn’t there because the usual restaurants were now out of the way and there just weren’t any appealing options along the new route.

Steve would be the first to say that a little discipline and habit building would have accomplished this same goal. However, a new route — or routine — presented new opportunities that didn’t require the discipline or the habit —it simply presented new opportunities that worked out for the better. Steve found an interest in cooking and fresh produce after exploring the organic grocery store on the new route. Turned out that same store sold great coffee from Hawaii, which Steve could brew at work. Steve found new opportunities and interests that were there all along, just waiting for him on a different route to work.

If there is a time to find a new routine or take a new route, it is right now. Especially in this “new normal”, I imagine that many people are experiencing similar new opportunities simply because their daily routines have been upended. New routes to work —even no routes to work. New schedules —seriously, what day is it?

The decision to find a new route and new routine has been made for many of us. So break that cycle and take advantage of that new opportunity.